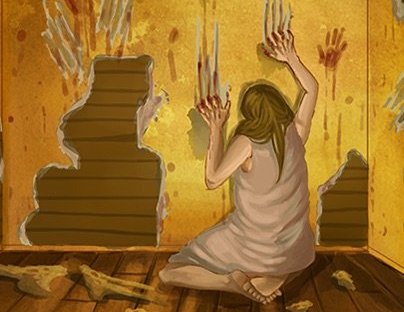 In the introduction to a special two-issue cycle of Gothic Studies on the female gothic, Andrew Smith and Diana Wallace historicize and define the term as Ellen Moers in Literary Women did: “coded expression of women’s fears of entrapment within the domestic and within the female body,” especially a fear of childbirth (Smith and Wallace 1). Since the publication of Literary Women in 1976, Smith and Wallace note, the term has been problematized and challenged, bringing forth a large body of criticism itself. This ‘coded expression’ points to the elements each author employs in their use of the gothic in service of a female or feminine fear. In defining a particularly female or feminine fear, one can (and should) come up against critique. This, of course, is the body of criticism introduced by Smith and Wallace for the special issues of Gothic Studies.

Also in this introduction, Smith and Wallace trace some of the terms associated with the ‘female gothic’ tradition, including ‘gothic feminism,’ ‘lesbian gothic,’ ‘women’s gothic,’ ‘erotic gothic,’ and even ‘male gothic’ to “contextualize their discussion” (Smith and Wallace 1). One of these is particularly relevant: gothic feminism, which Smith and Wallace define using Diane Long Hoeveler’s 1998 Gothic Feminism: The Professionalization of Gender from Charlotte Smith to the Brontës. Gothic feminism is “female power through pretended and staged weakness,” and a gothic feminist work is one whose “heroines masquerade as blameless victims of a corrupt and oppressive patriarchal society while using passive-aggressive and masochistic strategies to triumph over [it]” (Smith and Wallace 2). Such pieces as The Maids by Jean Genet and The Handmaid’s Tale by Margaret Atwood come to mind. For Hoeveler, the creation of the gothic does not only serve feminism in pieces classified as gothic feminist, but the opposite is also true: feminism serves to create the gothic.

In the same issue of Gothic Studies, Diana Wallace writes about ghost stories and the female gothic. “Uncanny Stories: The Ghost Story as Female Gothic,” argues that ghost stories present a particular opportunity as a non-mainstream genre. By being a non-dominant form in the Nineteenth Century, ghost stories offered a rhetorical space for critique of male power and violence that contemporaneous mainstream domestic novels with marriage plots could not. She argues as well that ghost stories “explore how patriarchal culture represses and buries images of the maternal” (Smith and Wallace 4-5). The ghost story, according to Wallace, and more generally the gothic genre itself offers “especially fertile and sophisticated explorations of women’s dreams and desires, fears and terrors” (Wallace 66).

In a self-proclaimed “corrective” to Greg Johnson’s 1989 essay “Gilman’s Gothic Allegory: Rage and Redemption in ‘The Yellow Wallpaper,’” Carol Margaret Davidson places the genre ‘female gothic’ retroactively onto “The Yellow Wallpaper” by Charlotte Perkins Gilman. The female gothic mode, Davidson argues, is “a form that is generally distinguished from the traditional Gothic mode as it centers its lens on a young woman’s rite of passage into womanhood and her ambivalent relationship to contemporary domestic ideology, especially the joint institutions of marriage and motherhood” (Davidson 48). Davidson goes on to argue that Gilman’s use of gothic elements is toward a more political end, echoing in some ways the motive of Hoeveler’s ‘gothic feminism.’ This is to say that for both Hoeveler and Davidson, while the female gothic may thematically follow a female and her fears of what it means to be female/feminine, the female gothic concerns itself with employing gothic elements to serve a feminine and/or feminist political agenda.